Mocking functions and modules with Jest

A JavaScript program can have several dependencies, internal and/or external, most likely represented by the list of imports on the very top of your script. To write deterministic, repeatable unit tests, we need to control the inputs, outputs and invocations of those dependencies. These objects that simulate the real objects are mocks. Let’s have a look at Wikipedia definition of Mock object.

Mock objects are simulated objects that mimic the behavior of real objects in controlled ways, most often as part of a software testing initiative.

There is plenty of JavaScript mocking libraries out there. Today I am going to review a few methods of creating functions and modules mock using my favourite testing framework, Jest.

Mocking all dependencies feels like a perfect solution. Who doesn’t like to have total control? Unfortunately it may cause many false positives, because we end up testing a particular scenario implemented in a particular way. It is not a reliable test of a produced result.

On the other hand, why should we use mocks at all? Won’t we get the most accurate results by testing software as it is implemented? Yes — but this is out of scope of a unit test. Unit test should be isolated, narrow in scope and quick to execute.

“Please don’t mock me” by Justin Searls on YouTube is a fantastic talk about things that should be mocked and where mocking should be avoided. “Mock Objects: Shortcomings and Use Cases” by Alex Ruiz is another resource that I found very helpful. If you have to mock too much then this may indicate a high degree of coupling in your application. “Mocking is a Code Smell” by Eric Elliott is a very helpful article that can help you to reduce tight coupling and a requirement of widespread mocking.

Mocking is required when our supposed atomic units of composition are not really atomic, and our decomposition strategy has failed to decompose the larger problem into smaller, independent problems.

These are my typical candidates for mocks: 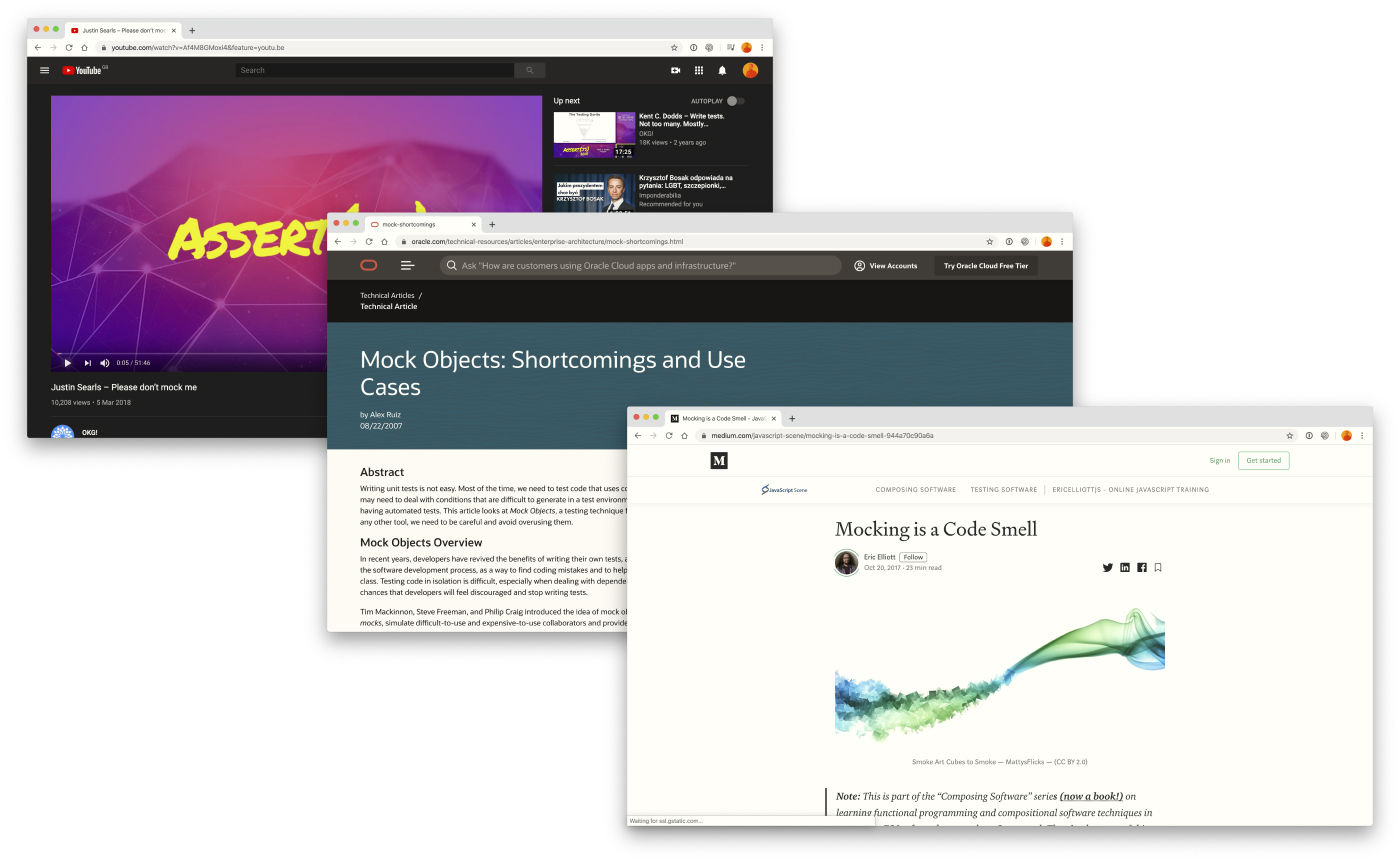 The Jest testing framework comes with great mocking methods built-in for functions as well as modules. Let’s have a look at them all.

The simplest and most common way of creating a mock is jest.fn() method. If no implementation is provided, it will return the undefined value. There is plenty of helpful methods on returned Jest mock to control its input, output and implementation. Let’s have a look at a few examples.

I’m sorry for the terrible example above, this is because in real life you have no valid reasons to mock pure functions like add(). This is purely for illustrative purpose.

To entirely mock a module we can do something like this…

It works, but what if a module exports tens or hundreds of methods? Manually reassigning all of them would be cumbersome. Jest comes with a fantastic feature called automock that you can enable globally or inside individual test files using jest.mock() method.

Much nicer, isn’t it? Internally Jest inspects the module and creates a mock that conforms to original’s exports. Pretty neat!

Look at this test and its result.

This is OK if we have one test in a file, but it is hard to guess what jest.fn() is in a hundred lines long file. There is a simple solution — give your mock a descriptive name using mockName() method. Look! 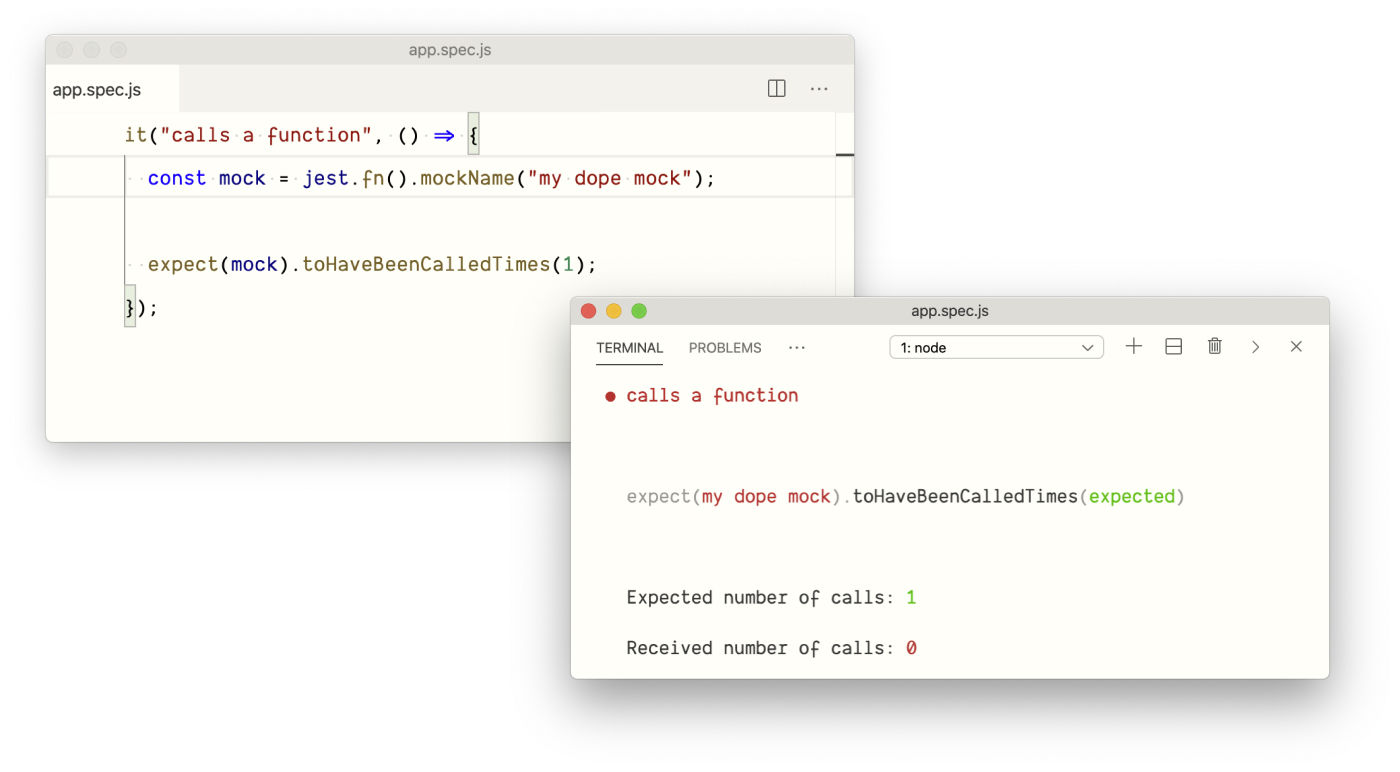 Hopefully you found this article helpful and you learned a thing or two. Until next time, stay curious!